LAUNCH OF THE CECAFA -TUSKER CUP 2012 IN UGANDA 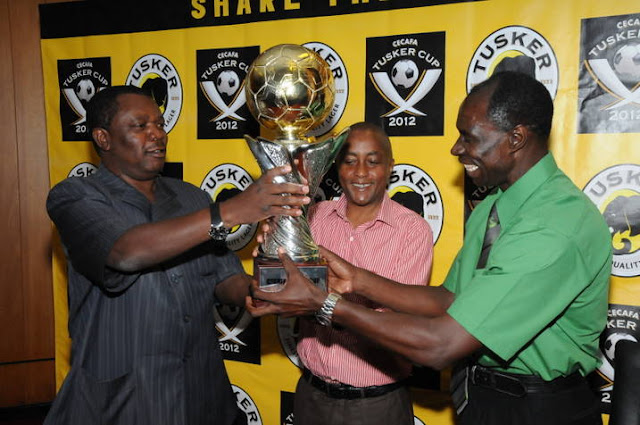 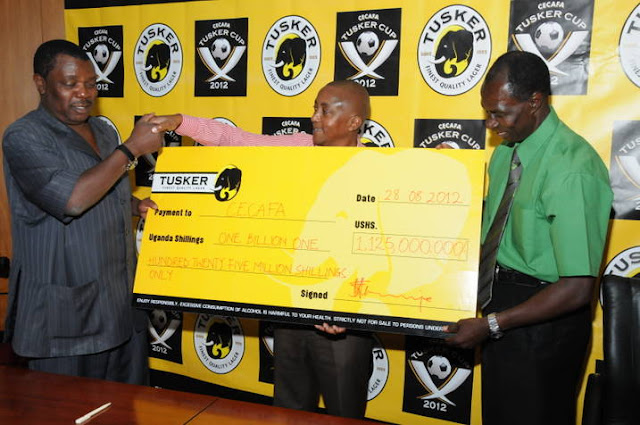 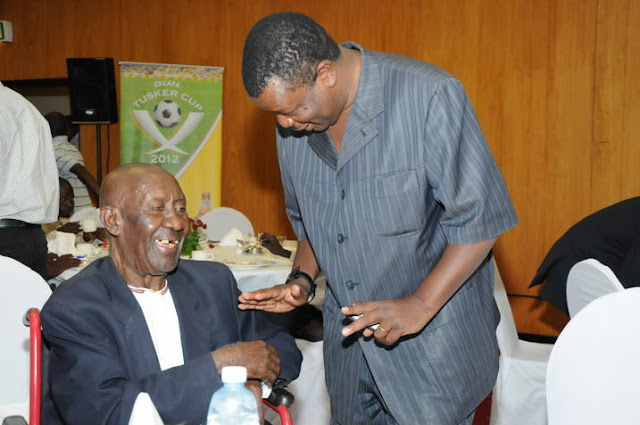 Cecafa General Secretary Nicholas Musonye chats with the Cecafa Founder Member Kezekia Ssegwanga Musisi before the official launch of this year's Cecafa-Tusjker Cup 2012 at serena Hotel Kampala Tuesday.
********************************
Tusker Lager, one of the region’s major sports sponsors have this Tuesday announced a sponsorship package of USD 450,000 (About UGX 1.125.000.000) towards this year’s CECAFA –Tusker Cup to be hosted in Kampala.

The Council of East and Central Africa Football Association (CECAFA) has also fixed November 24 as the kick off date at Mandela National Stadium Namboole. The tournament will run through December 8. Cecafa General Secretary Nicholas Musonye who flew to Kampala on Monday attended the well organized event.

Unpacking the sponsorship during the Break Fast meeting at Serena Hotel in Kampala, Lemmy Mutahi the EABL (U) Marketing Director said the decision was taken with an ultimate aim of catapulting East African teams to the 2014 World Cup. He revealed that as sponsors they were happy to have the tournament hosted in Kampala. This year’s figure shows a 5% increase compared to last year’s release.

Musonye said the sponsorship package would cover the teams’ accommodation and air travels among others.
A total of USD 60.000 will however go towards prize money with the winners taking USD 30.000, the runners up USD 20.000 and USD 10.000 for the third placed team.  Musonye further revealed that the sponsors. All matches will be showed live on Super Sport.

The Sponsors (EABL) confirmed their long time engagement with Cecafa and praised the regional body for organizing excellent 2010/2011tournament in Tanzania.

Uganda (FUFA) have already formed a Local Organizing Committee to start preparations. The closing ceremony was attended by FUFA officials and the LOC and the top management of Uganda Breweries who have been mandated by EABL to sponsor the event in Uganda.

Later, Musonye had a long chat with the State Minister for Sports Hon. Charles Bakabulindi from his offices in Kampala. The minister pledged to support Cecafa and FUFA in organizing a successful event.
Posted by Super D (Mnyamwezi) at 11:29 PM