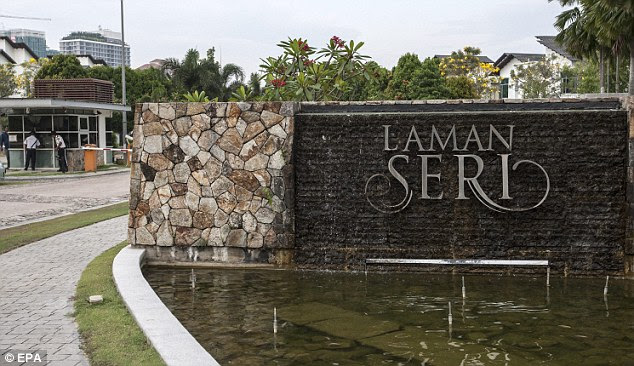 Compound: A view of the entrance to Zaharie Ahmad's residence. Police have been stationed outside for the last week 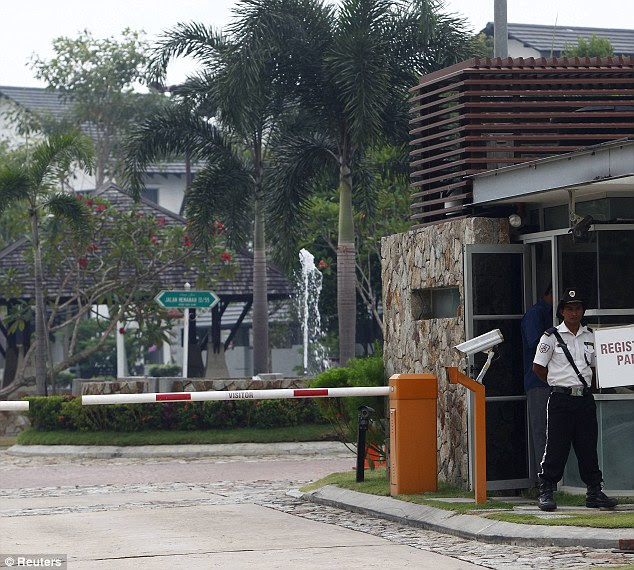 Luxury: Shah is said to live at the property with his wife Faisa
In Shah's house a flight simulator has been set up and is understood to have interested police following up one line of investigation - that he had used the equipment to practice making his real-life Boeing 777 ‘invisible’ by turning off all communications.
Despite the investigation, Malaysian officials and friends of the pilots have told MailOnline this week that there are no reasons to suspect either the Captain or co-pilot of having personal problems that would have resulted in them taking control of the aircraft.

Mr Razak added authorities have not ruled out any possibilities in the international search for the plane, which now involves 14 countries, 43 ships and 58 aircraft.

'Clearly the search has entered a new phase. Over the last seven days, we have followed every lead and looked into every possibility,' Mr Razak said. 'For family and friends (of the passengers), we hope this new information brings us one step closer to finding the plane.' 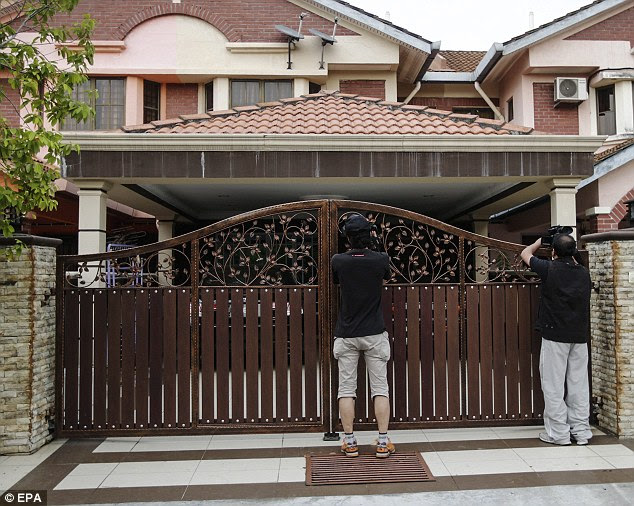 Entrance: The gates outside the home of co-pilot Fariq Abdul Hamid who is also under police investigation 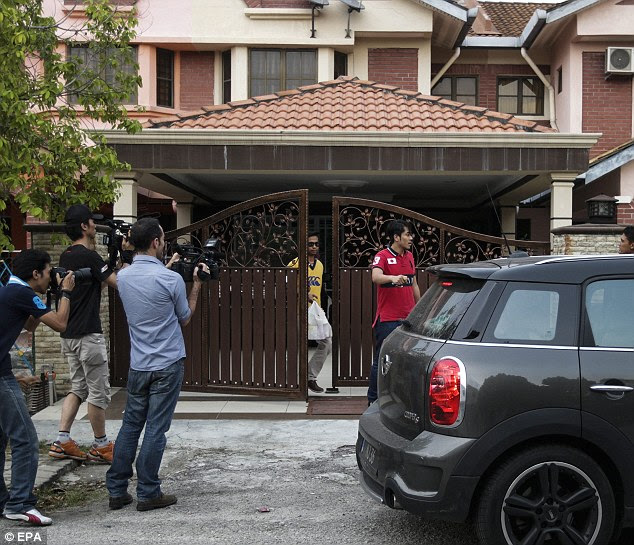 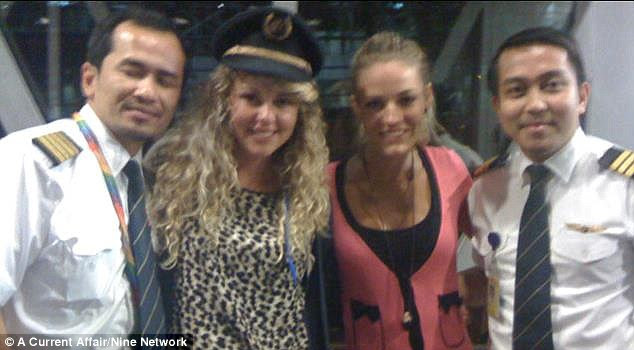 Suspicions: Jonti Roos (centre) claims she and her friend were entertained by Fariq Abdul Hamid, 27, who is one of the pilots of the missing Malaysia Airlines flight (right). He is now part of an investigation by police in Kuala Lumpur.

Today, a police van with a large contingent of officers inside passed through a security gate at the entrance to the wealthy compound where  father-of-three Captain Zaharie Ahmad Shah lives with his wife Faisa.

Four plain-clothed police officers were also, reportedly, seen at the home of the other pilot Fariq Abdul Hamid, 27.

Both pilots live in the upmarket Kuala Lumpur district of Laman Seri, about an hour's drive from the city centre - and each was visited today by a team of detectives who arrived in a white 'people mover' vehicle.
The homes are substantial and are, said one resident, typical of high income earners.

It is believed a team of search specialists entered Shah's house and spent two hours searching for signs of foul play, before moving into search the co-pilot's home a short distance away.

The New Straits Times reported last night that before police turned up at Hamid's home, his two brothers arrived there in a Mini Cooper, believed to belong to a friend.

They hurried into the house and remained there for a short time before hurrying away in the same car, taking with them transparent blue plastic bags containing clothes and toiletries.

The concentration by police on the homes of the Captain and the co-pilot adds to suspicion that one - or both - of them might have had been  responsible for the plight of the aircraft.
Posted by Super D (Mnyamwezi) at 12:10 AM