A member of Political Bureau of the CPC cen 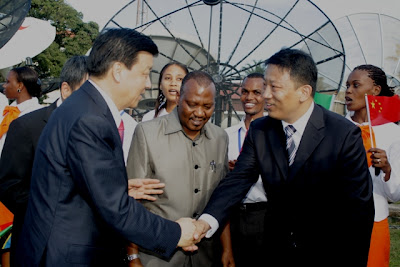 tral committee, Mr.Liu Yunshan is in Tanzania with his delegates for the diplomatic visit which aims on consolidating the existing friendship between the two countries .


Mr. Yunshan who is also China’s minister of publicity has paid a visit to StarMedia(T) Limited which is the product of joint venture between star communications of China and Tanzania broadcasting cooperation (TBC) where he is inaugurating The new Kungfu channel which is eminent for showing the Chinese kungfu, and live soccer shows that includes the famous leagues in the world such as Italian league (serie A) , Portuguese league, American football league and many more.


The minister is taking this chance to support the effort which has been made by StarTimes on bringing the digital technology in Tanzania and contribute on creating job opportunities for the foreign and local human resource market starting all the way up from top management across to the operation.

As we honor his Excellency visit to StarTimes, the company is taking initiatives to make sure that its operation spread all over the country , so far StarTimes is operating in Seven major cities including Dar es salaam, Dodoma, Mwanza, Arusha, Mbeya, Tanga and Moshi where as we have developed more than 140,000 subscribers with in one year of our operation tryout, This has given a chance to our customers to enjoy and experiences contemptible and affordable price. 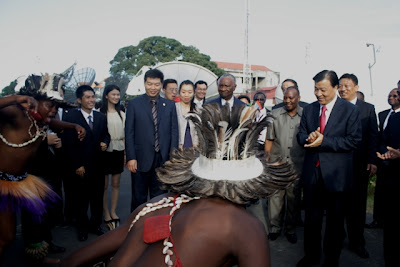 How ever StarTimes provides contents that are carefully selected to satisfy various interests in homes, hotels, and recreational places. Here we have grouped our content into two packages which are Mambo (contains more than 36 entertaining channels) and Uhuru (contains more than 47 channels)


Many of the most interesting channels in the world are available on StarTimes including Movies, documentaries, sports, kids/teens, musical and general entertainment.

As we are on the process of establishing STARTIMES in Tanzania we have set the affordable price for our decoders which is 70,000 /=Tsh ( where our customer gets one month free of watching 36+ mambo channels) to give an opportunity for Many Tanzanian to adopt the new Digital television System. With this price offerings, StarTimes is undoubtedly the most affordable pay –tv in the country and Africa at large.

This reflects StarTimes mission to enable every household to have access to digital Tv , afford digital Tv, watch good digital Tv and enjoy the Digital Television..


Though recently been launched in Tanzania by Prime Minister Hon. Mizengo Pinda represented by Minister of Information, Youth , Culture, and Sports, Starmedia (T) Limited has been playing a great role in the social welfare. We bequeathed in schools up the region like Uhuru mchanganyiko (which is a school with special disabled kids), BETHSAIDA (which is a special secondary school for orphans and an orphanage centre), also StarTimes involved herself in the Gongola mboto Missiles explosion by providing the some of the basic needs to the victims during this big disaster which affected many people.

This digital revolution surely provides great opportunities for direct and indirect employment and will help raising income level with in The Tanzanian economy as it is expected that so many small business units will be involved in this digital Television business.
Posted by Super D (Mnyamwezi) at 6:53 PM