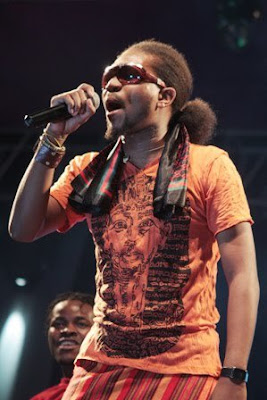 Tanzanian Urban Music ( Bongoflava) Artist CP a.k.a CPwaa “ The King of BongoCrunk” has been invited by Big Brother Amplified/ MultiChoice Africa as one of the few selected artists in the continent to perform on the finale show 31st of July 2011. CPwaa will be the only artist from East Africa to represent live on the stage during the final BBA eviction show where one housemate will leave the house with a prize of 200,000 USD! Other invited Artist on the Big Brother Amplified Finale 2011 include WIZ KID and MO CHEDDA (Nigeria), FALLY IPUPA ( Congo) and South African’s PROFESSOR and SPEEDY.

Big Brother Amplified is Africa’s biggest Live show coming to its season end on 31st of July with over 50 Million viewers in 58 countries watching it live from their TV screens across the continent and the world. CPwaa is the second Tanzania artist to perform on BBA Amplified after “Shaa” who performed a couple of weeks ago. CPwaa also will be the second East African artist to perform on BBA Finale after WYRE ( Kenya) who performed on last year’s BBA finale. Other Artist who have been on the BBA stage 2011 include Cabo snoop ( Angola), Cindy (Zimbabwe),Vee and Scar (Botswana), EES (Namibia), AKA (South Africa), Ice Prince (Nigeria), Radio and Weasal ( Uganda), Nonini ( Kenya), Jaguar( Kenya) and Buster Rhymes( U.S.A). The finale will take place in Johannesburg, South Africa around 19.00 -21.00 EAT and broadcasted live through Channel 192/8 on DSTV Multichoice .

Cpwaa, the “ Action” song hit singer will perform his hit songs include ACTION featured Ms. Triniti, Dully Sykes and Mangwear. CPwaa’s team and management would like to thank all media houses and fans for supporting him and also thanks STREET SOUL CLOTHING RANGE for volunteering to sponsor CPwaa’s wardrobe for the whole trip.See CPwaa's latest video below and for more visit his official website:: http://www.cpwaa.co.tz/