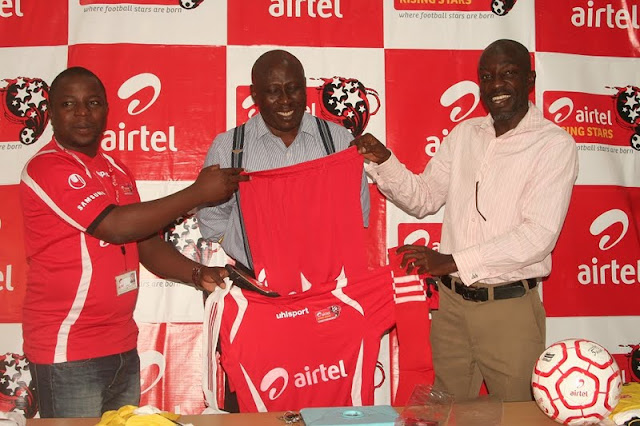 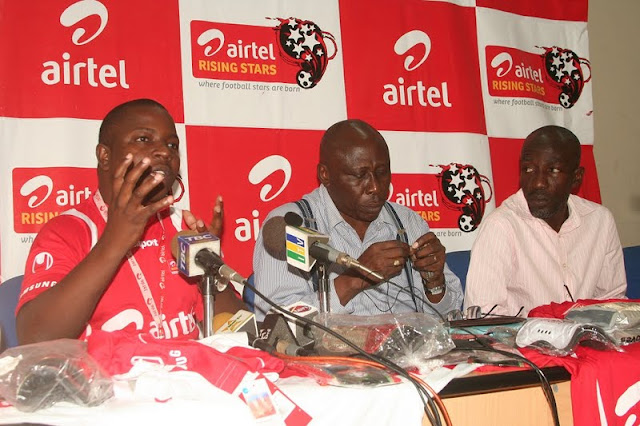 Airtel Tanzania has handed over jerseys, shin guards, balls and socks to teams taking part in this year's  U-17 talent scouting football tournament known as Airtel Rising Stars whose regional level matches are set to commence on Monday June 23rd 2013.


Soccer regions of Ilala, Temeke and Kinondoni will enter both boys and girls in the annual event while Morogoro, Mwanza and Mbeya will only participate in the boys category as opposed to Tanga, Ruvuma and Kigoma regions which will feature in the girls category alone.

All the teams have sounded optimistic that they are well prepared to compete and win their matches. The regional matches will be used to pick the best players to form a combine team for the national ARS finals slated for July at the Karume Memorial Stadium in Dar es Salaam.

Speaking at the kits handover press conference held at the Tanzania Football Federation (TFF) today, Airtel Tanzania Public Relations Manager Jackson Mmbando said that Airtel is proud to be part and parcel of the youth football program which is aimed to accelerate football development in Tanzania.

“We believe that our combined forces with Manchester United FC and TFF will facilitate football development in Tanzania. We have confidence in the youth that given chance and support, they are able to excel in football’, he said.
TFF Technical Director Sunday Kayuni said that he was highly impressed by the overwhelming response by the youngsters to take part in this year’s Airtel Rising Stars championships.   “The turnout has been highly impressive and encouraging and I thank Airtel for coming up with this initiative which helps us to indentify more hidden soccer talents”, he said.

Airtel Rising Stars football program is an initiative designed for the entire African continent which is aimed to provide a platform for upcoming soccer talent to showcase their skills to leading scouts, coaches and have an opportunity to further their football skills. In the previous two years of this program, Manchester United sent its school coaching staff to conduct international football clinics in Tanzania, South Africa, Gabon and Kenya where selected participants got opportunity to learn how to play football the Manchester United way.
To further motivate and excite the youngsters, Airtel has introduced an inter-country tournament that was held in Nairobi for the first time last year where the boys and girls had an opportunity to showcase their football talents.
The inter-continental tournament brought together ARS stars from 14 countries where Airtel does business. The ARS stars are selected at the national finals which are held by each of the participating countries under the supervision of respective national football federations.

Both the clinic and the inter-country will be held again this year round and more details regarding these two events will be released next month.
Posted by Super D (Mnyamwezi) at 8:41 PM