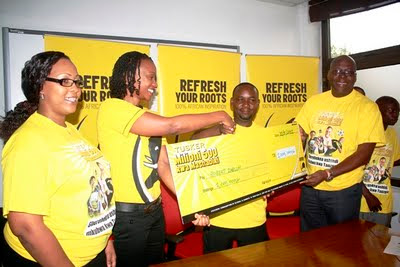 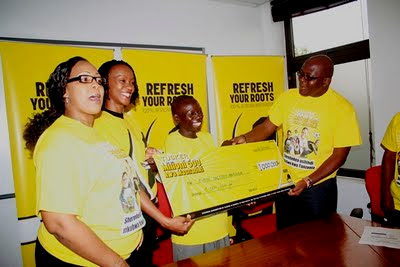 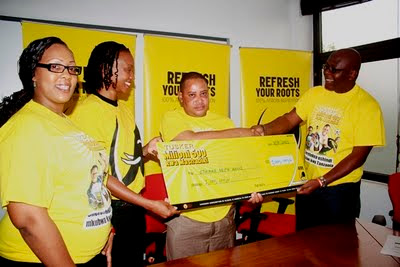 Four residents of Dar es Salaam emerged winners in the ten-week Tusker Beer promotion launched on May 5 in Dar es Salaam. The winners walked away with a cool 1m/- each at a brief ceremony held at the Serengeti Breweries office in Oysterbay, Tanzania.

She said that the company has invested heavily in promotions aimed at making life better to its customers.

The company has set aside 500m/- to be won in the promotion in which customers stand chances to win cash prizes amounting to a whooping 500m/-.

Through the marketing drive dubbed “Tusker million 500 kwa mashabiki”, consumers can win various prizes ranging from cash to free beers, according to the SBL Director.

Ms Ndungu added that the drive is meant to reward customers for their unwavering support towards the Tusker brand.

“One only needs to purchase a bottle of Tusker and check under the crown to reveal either a free beer which will be redeemable at the nearest outlet or a unique seven-digit alpha numeric code which they can send via a text message to number 15317,” she said.

“This is all about celebrating African spirit, good times and togetherness across cultures”, she said.

On their part, the winners said that the prize would change their lives completely by investing in small-scale businesses.

“I thank Serengeti Breweries for this initiative which has made me a young millionaire”, one winner said.

SBL is part of Kenya-based East African Breweries Limited (EABL) and also Diageo, one of the world’s top beer brewers. It provides additional presence for the beverage company to that in Kenya, Uganda and the Great Lakes region.