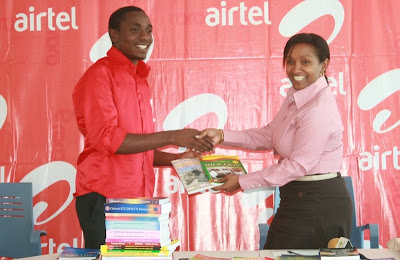 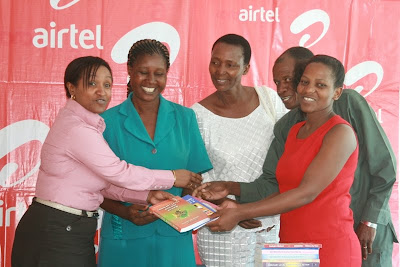 Airtel Tanzania, the mostly available and affordable mobile service provider in the country, today handed over books worth over Tshs four Million as aid to Dar es Salaam based secondary schools, as part of the company’s corporate social responsibility.
The benefiting schools are Barabara ya Mwinyi and Aboud Jumbe secondary schools in Temeke district and Yusufu Makamba and Turiani secondary schools in Kinondoni district.
Speaking during the books handover event at Airtel Head offices in Dar es Salaam, the company’s Corporate Social Responsibility Manager, Tunu Kavishe, said the four schools are amongst 104 schools across the country that will benefit from the unique airtel books project, following a random draw that was held early this year, involving 520 secondary schools.
“We are giving an equal opportunity to schools from all regions in the country to ensure that the books reach students from every part of the country. We have spent 104 million Shillings on buying these books so as to enable each school to get books worth one million Tanzanian shillings”, said Ms. Kavishe.
She further added that each benefiting institution had a unique opportunity to choose their ideal book requirements based on their curriculum and subjects offered at the institution. This will enable Airtel to procure and handover sets of books that adequately meet the need of each school.
“We are highly committed towards supporting communities in Tanzania by improving education levels through availing the most important tools - books - to secondary schools students. Since we started our books support programme, approximately seven years ago, we have reached more than 800 secondary schools that are spread across the country”, said Ms. Kavishe.
Apart from the 104 secondary schools benefiting from books aid, Airtel Tanzania has already adopted a rural primary school in Bagamory District – Coast Region, being a pilot project. The company has completed major refurbishment of existing structures and construction of 10 new ones.
It is expected that after this year, the initiative will be extended to more schools countrywide. Airtel will work closely with the Ministry of Education to identify them and their locations.
Posted by Super D (Mnyamwezi) at 3:03 PM