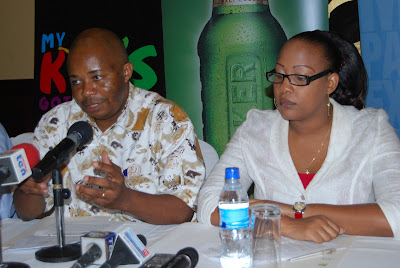 Welcome again to the 14th Edition of ZIFF- The Festival of the Dhow Countries.
From 18th to 26th June 2011, the stunning island of Zanzibar is the place where the brightest minds in art and culture converge in paradise for an inspiring combination of relaxation and excitement at the Zanzibar International Film Festival covering.
Today, 15th May the programme of the 14th Zanzibar International Film Festival is out. ZIFF 2011 offers a programme 71 short; feature and documentary films from 39 countries will be screened during the 10-days event. This year the festival will also feature 8 workshops, on diverse artistic fields including documentary film producing, song writing and HD camera cinematography.
On top of that there will be gala nights and an oureach program The Cinema Mondial Tour that will be projected in 15 different village venues around Zanzibar and Tanzania mainland.
To top it off in the music and performance program we welcome Shaggy, the Jamaican-American reggae singer and rapper best known for his 2000 song “It wasn’t Me”.
“I am really proud of this year’s program. The world premiere of the opening film from Canada/Uganda “Making The Band” and Shaggy’s visit will stir historical links as we celebrate 2011 as the United Nations Year of Links between Africa and its Diaspora”, says Festival Director Martin Mhando
Film-wise this year ZIFF will focus on documentary especially with the presence of the controversial and uncompromising Nick Broomfield, director of the evergreen “Biggie and Tupac (2002)”, of which it was said, “The most frightening moment in movies this year” (LA Times.) A new biopic on the Zanzibar Vice-President Seif Sharif Hamad, the architect of Zanzibar’s transition to peace and democracy, will also be premiered.
“Other notable visitors this year include actor, Director and Producer Donald Ranvaud (Constant Gardner) and the indefatigable Zimbabwean music maestro Oliver Mutukudzi (Tuku). The incredible Ogopa DJ group from Kenya is another anticipated sell out event this year”, adds the festival director
Other notable World Premieres at ZIFF include the hilarious Taka Takata (South Africa) and Kenyan film The Rugged Priest by Bob Nyanja (Malooned). This year ZIFF presents a special package of films from Aboriginal Australia highlighting the increasing links between Africa and the indigenous people of Australia.

With this program ZIFF keeps Zanzibar awake as 45,000 people pass through the Old Fort doors of the world heritage site Stonetown, and another 200,000 attend the innumerable events of social importance around Zanzibar and Pemba, making the festival the biggest event in the East and Central Africa region.

Each festival evening begins with the Festival of Festivals, welcomes festivals, TV stations and different programmers to showcase their works and discuss them with audiences. cocktails in the sunset splendour of the House of Wonders. It leads on to the presentation of the main films of the day at the Amphitheatre in the Old Fort.

For the fourth year ZIFF is managing Sembene Development Film Award to celebrate the role of film in development. The award is financed by GTZ (Deutsche Gesellschaft fuer Technische Zusammenarbeit GmbH). The $5000 Prize awards the best film on the theme of development and will go a long way towards enhancing creativity in African film production.

SokoFilam program is a business component of ZIFF aimed at promotion, marketing and distribution of the regional art and cultural products. The goal of the program is to contribute to the empowerment of filmmakers living in poverty. The program includes Workshops, Conferences and Master classes and numerous networking sessions.

Marketplace and Exhibition: ZIFF will organize marketplace and exhibition for stakeholders to showcase local fashion, traditional industries and historical and ecological features.The marketplace includes films, music, fashion designer, handcrafts, and visual arts exhibitions. The Exhibition Stalls will be stationed at the glorious Beit Al Ajaib and Old Fort grounds and will continue from 18th to 26th June 2011.

The Children’s and Youth panorama addresses the needs and issues of the youth in a friendly, fun and educative manner. The objective of the panorama is to provide less privileged children exposure to issues related to their well-being, growth and basic rights.

The Women Panorama also has become the quintessential platform that serves the Ziff festival in its advocacy role. This year ZIFF will be showing Positive and Pregnancy film to women of Zanzibar, A twenty five minute video Docudrama, will assist in the Prevention of Mother to Child Transmission (PMTCT) of HIV / AIDS in Zanzibar, also bringing awareness to its viewers on the treatment process for HIV positive expectant mothers, as well encouraging viewers to be tested for HIV.

The Village panorama works with local communities to bring the festival activity to over 200,000 people in at least 40 rural villages (organized in clusters) across the Zanzibar Islands.

Music lovers have a lot to look forward, a number of entertaining groups from across the world working to the theme of fusion, African beats and Western musical treats. This year ZIFF cooperates with Primetime Promotions in creating the MPA program. Primetime have great experience in organizing successful music events and in working with the best artists in the world. This year ambition is to take the MPA program to a new level. For the first time, Zanzibari will be able celebrate Shaggy at Amani stadium in Zanzibar, we also have the legend African musician Oliver Mutukutzi from Zimbambwe and many other. Together we will make this years festival the best since the start.

The 14th ZIFF festival comes from realising the capacity of film to fuse together the best of many art-forms that stimulate the creative connection between our inner being and the outer world, bringing people closer to one another and reminding us who we are.

Finally we are taking a new step as a growth process. We recognise that the festival will not grow on the basis of donor funding alone. We are opening ourselves further to corporate and local funding aware of the sizeable impact film has on audiences. The sponsorship of corporate like EABL-Tusker Malt, Coca Cola, and organisation like TTB have meant capacitating ZIFF to be sustainable. However governments, both Zanzibar and Union, need to see this festival’s place as of both cultural as well as financial benefit. We shall not tire of informing the public and government that ZIFF welcomes over 6000 visitors during the festival. This is a substantial income to Zanzibar and Tanzania mainland. If you take only the visas of $50 alone you will see that the festival brings in three million dollars! This is a substantial income that the government needs to take into account and support the festival in some way.
Therefore, the invitation to the media is meant to give you opportunity to "stop for a moment to think it: How do festivals work? How do African films impact on our lives and cultures? Clarity by the media in this issue will help the public, who have been with us since the beginning, to support the viability of the events and participating actively in the festival to celebration the immersion of values in the viewer’s mind by films – a work done by films.
Come to ZIFF and you will discover what we call The Festival Difference!
Check us out@ http://www.ziff.or.tz
Thanks you.
SPONSORS:
¨ EABL(TUSKER MALT)
¨ TTB
¨ COMMONWEALTH FOUNDATION
¨ COCACOLA
¨ GIZ (TZ) AND GERMANY
¨ SMOLE
¨ MOVEN PICK
¨ ALLIANCE FRANCAISE IN DAR ES SALAAM
¨ Check us out@ http://www.ziff.or.tz
Thanks you.
Posted by Super D (Mnyamwezi) at 2:40 PM